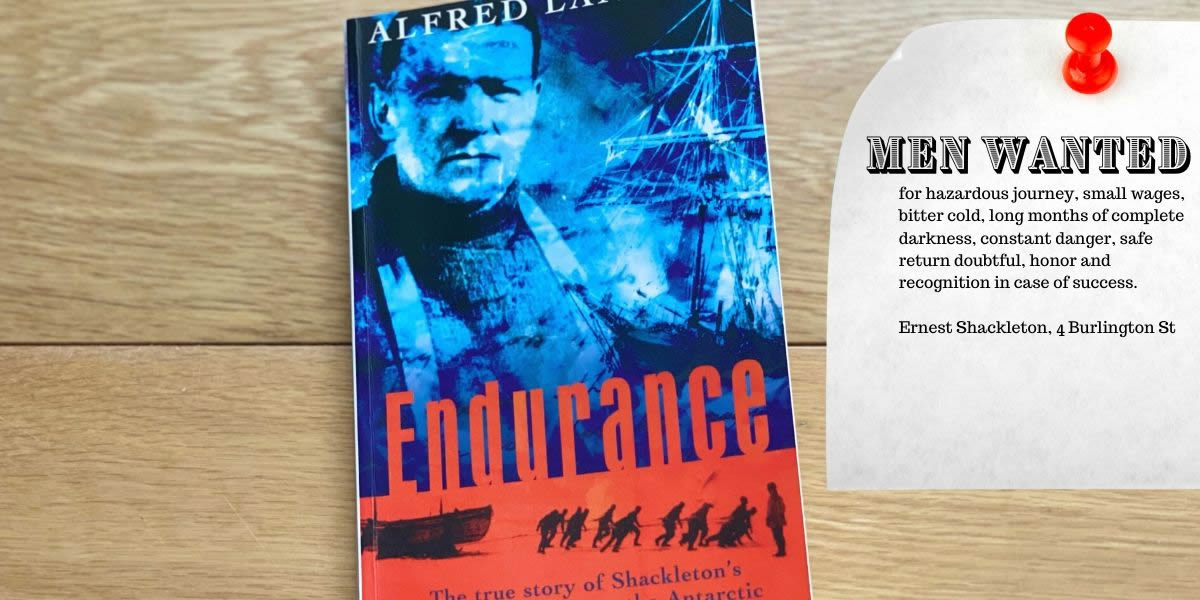 The true story of Shackleton's incredible voyage to the Antarctic

For the last 5 or so years I have facilitated the book review discussions for the Wealden Business Group in Tenterden. We read about three business books a year and then have a discussion which I facilitate. I normally write a report to go with our discussion. This is my report of our latest book “Endurance” by Alfred Lansing.

100 years ago, almost to the day, Shackleton set sail for the South Pole. Like any fledgling start-up he had a business plan, some sponsors and had invested in some necessary equipment; including staff (or as he called them: Crew). Advertising standards were more relaxed at that time; no equality legislation and the concept of a statutory minimum wage had not been thought of yet: he advertised for staff in the newspaper. Shackleton received more than 5,000 applications for places on the expedition, including a letter from “three sporty girls” who suggested that if their feminine garb was inconvenient they would “just love to don masculine attire.”

With this book we have a metaphor for a new company setting out full of hope and the dreams of fame and fortune. Hoping to seize a position in a new, undeveloped market that seemed ripe for exploitation. We often talk about the business climate, the constraints put on businesses by external factors, the forecast: will tomorrow be bright or gloomy for the markets. We have cycles of boom and bust. Are you riding the wave or in danger of going under? This was a business start-up with no safety nets. You couldn’t Google what to do. You couldn’t phone a friend (satellite phones hadn’t been invented yet). There were no fancy wristwatches that called for helicopter rescue teams (helicopters hadn’t been invented either). Like many start-ups it wasn’t long before they got into trouble. With his ship trapped in the ice Shackleton was at the mercy of outside forces and was forced to make some unpleasant choices.